Staying One Step Ahead of the Enemy: What does Israeli Missile Defense have to do with Purim? Guest Column
OPINION: Prominent Israeli Christian Rights Advocate argues Yair Lapid has not proven helpful to Christian minorities in Israel
Opposition leader cares little about civil rights or freedom of religion
US and Israel to reestablish security forum over Iran nuclear program
The renewed forum may signal that Israel and the US are seeking to solve the Iranian question professionally
Protesters demonstrate against vaccine coercion, green passports in Tel Aviv
Speakers and protestors called for more "government transparency," and to "stop tyranny." CLOSED FOR PURIM: Curfews imposed during holiday bring Israel full circle to COVID outbreak in 2020
But some doctors say the closures are 'nonsense' now that most of the at-risk populations have been vaccinated Israeli pastors call a National Day of Fasting & Prayer on Feb. 24 as coronavirus kills more than 5,600, devastates economy
No Israeli government official has yet called the nation to pray based on 2 Chronicles 7:14. Thankfully, Israeli believers are taking the lead. PART TWO: HEZBOLLAH THREAT
The Israel-Lebanon border could become battleground over Iran’s nuclear program
In interview with CBN News, I explained Hezbollah has 150,000 missiles in Lebanon aimed at the Jewish state
Babylon Rising? War-torn Iraq is rebuilding and Pope Francis is heading there to see it for himself, encourage Christian community
The Pope is even planning a special visit to Ur of the Chaldees, the birthplace of Abraham, father of Judeo-Christian civilization PART ONE: HEZBOLLAH THREAT
WILL WAR OF WORDS SPARK THIRD LEBANON WAR?
Amid a spike of threats between Hezbollah and Israeli leaders, I’m on the Israeli-Lebanon border to interview intelligence officials and assess the rising risks of conflict
Blinken stresses two-state solution in call with FM Ashkenazi
Top U.S. and Israeli diplomats discuss regional challenges as well as Israel's battle against COVID-19 pandemic, with secretary of state reiterating his country's 'unwavering commitment to Israel's security' ALL ISRAEL NEWS exclusive stories on Rush Limbaugh’s faith in Christ and love for Israel draw enormous interest
Record traffic after our stories were covered by Daily Wire and David Brody, retweeted by Sean Spicer, Eric Metaxas – even Yair Netanyahu Rush Limbaugh gave his life to Jesus Christ a few years ago & it gave him tremendous hope as he faced his toughest fight
So successful professionally, Rush also faced some dark times personally – but when I went to visit him last year, I was profoundly encouraged by the faith I found. Here’s the story the rest of the media won’t tell you.
Israel bans sale of all seafood from Mediterranean after massive oil spill
Ruling, taken as a precautionary measure, goes into effect immediately and will last until further notice Israeli Air Force promotes centenarian officer to colonel
IDF, IAF chiefs honor 105-year-old World War II veteran and corps founder Alex Ziloni as 'a token of appreciation for his many decades of dedication to the State of Israel'
Former world leaders stand against ICC investigation of Israel
'We came together out of concern for the unprecedented campaign of delegitimization against Israel' Despite airport closure, ICEJ brings 302 new Ethiopian immigrants to Israel including 6-year-old for surgery
Young boy whisked from emergency airlift straight to hospital for life-saving heart surgery after plane lands
Netanyahu trial: Witness testimony to kick off after elections
Netanyahu’s legal defense team was able to get the trial postponed, claiming that it would be an unfair influence on the elections
Israel to compensate families of missing Middle Eastern, North African Jewish children
Netanyahu called the episode one of the most 'painful' in Israel's history
Science
Tel Aviv University launches its first nanosatellite into orbit exclusive
I worked for Rush Limbaugh & was his friend for 28 years – he was the most-influential pro-Israel broadcaster in the history of radio
Here’s the exclusive conversation I had with Rush about Israel, Bible prophecy, radical Islam, his only visit to Israel & his fear that world leaders will eventually turn on Israel
Israel starts vaccinating its East Jerusalem residents beyond security barrier
Special vaccination station set up at key Qalandiya crossing point where Palestinians holding Israeli residency will be able to get inoculated COVID-19
Has Israel discovered 'miracle' cure for COVID-19?
“If this succeeds, it will be huge, simply huge. This is of global significance," said Netanyahu 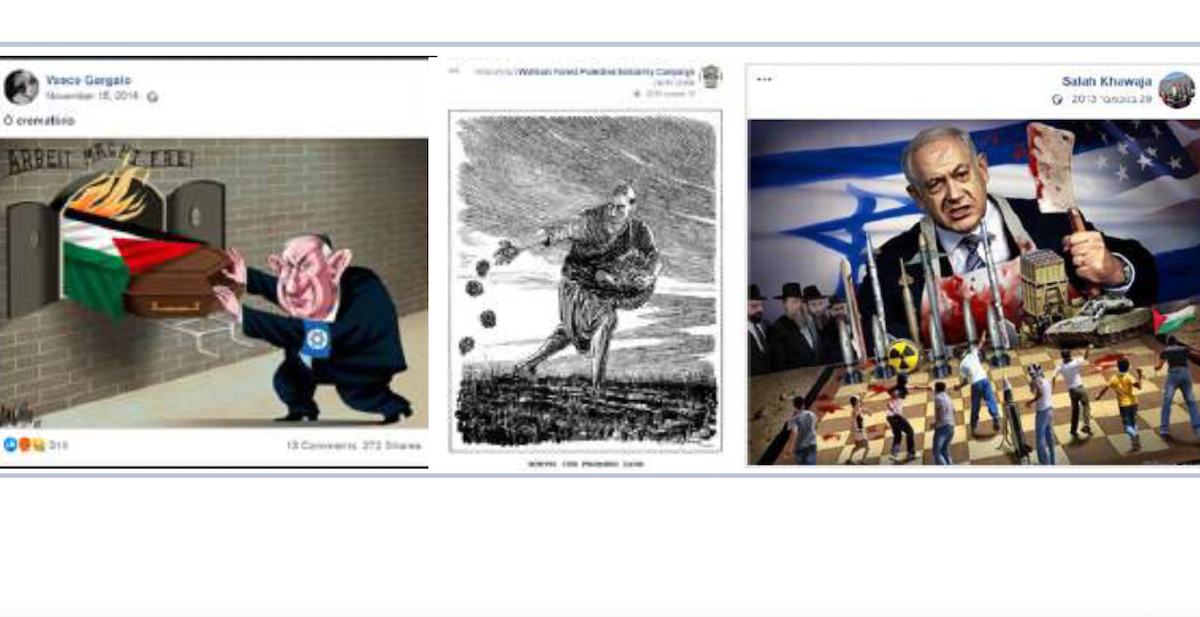 Israel’s ministries of Strategic and Diaspora Affairs have released “The Hate Factor” report, a new report on how to combat anti-Semitism on social media.

The framework for fighting hatred and bigotry online was presented in a special Knesset hearing on the International Safer Internet Day on Feb. 9.

The report seeks to define a structured government response to hateful incitement, fake news and conspiracy theories disseminated through social media platforms. Conspiracy theories with anti-Semitic content have spiked worldwide because of the ongoing COVID-19 pandemic. A common theme in the recent anti-Semitic conspiracies is to blame Jews and the Jewish state for the coronavirus. Using a classic anti-Semitic trope, the Portuguese lawmaker Rodrigo Sousa e Castro, for example, recently attributed Israel’s vaccination success to “Jewish money.”

“The Jews, as they dominate the fiscal world, bought and have the vaccines they wanted,” Castro tweeted.

The new report follows an earlier Ministry of Diaspora Affairs report, which predicted a continued increase in anti-Semitism in 2021. The newly released report includes clearly defined objectives for the government to engage social media outlets to improve policy and its enforcement against hate speech on the Internet.

Blue and White Knesset Member Michal Cotler-Wunsh headed the committee debate, which included government officials and representatives of leading social media networks. The focus was on convincing social media companies to increase their efforts against anti-Jewish hate speech online. In addition, the debate addressed the crucial issue of promoting the implementation of efficient policy and enforcement against the spiking hatred on social media.

“The Jewish people and the State of Israel are constantly being attacked through incitement, the spreading of misinformation, and outright lies. We have a special interest in taking the initiative on this issue and are holding social media companies accountable to start taking responsibility and act to implement clearer, more effective and transparent policies,” said Biton.

Minister of Diaspora Affairs Omer Yankelevich addressed the crucial issue of freedom of speech versus dissemination of hatred.

"This framework is essential. Freedom of expression must not protect violent incitement and anti-Semitism. We recognize social media networks are taking on conspiracy theories and making strides towards removing Holocaust denial, both on Facebook and on Amazon," Yankelevich said. "But unfortunately, this is not enough. Anti-Semitism in all its forms is running rampant while under the auspices of unregulated social media networks. The outline published today will help in leading them to pursue a clearer and more aggressive policy against anti-Semitism."

One major challenge in combating online anti-Semitism is the continued lack of a universally agreed upon definition of it. The new report urges key stakeholders to implement the IHRA Working Definition of Antisemitism, which makes important distinctions between legitimate criticism of Israeli policies on one hand and the demonization of Israel on the other hand.  While “classic” anti-Semitism targets the Jewish people, much of “contemporary” anti-Semitism targets Israel as the collective embodiment of the Jewish people.

Another challenge is that social media platforms, such as Facebook and Twitter, enjoy significant freedom of action, which means that they can unilaterally create and selectively enforce their policies against hate speech.

Anti-Semitism has often been referred to as the longest hatred. In its most lethal form, it led to massacres of Jews, which culminated with the Holocaust in the 1940s.