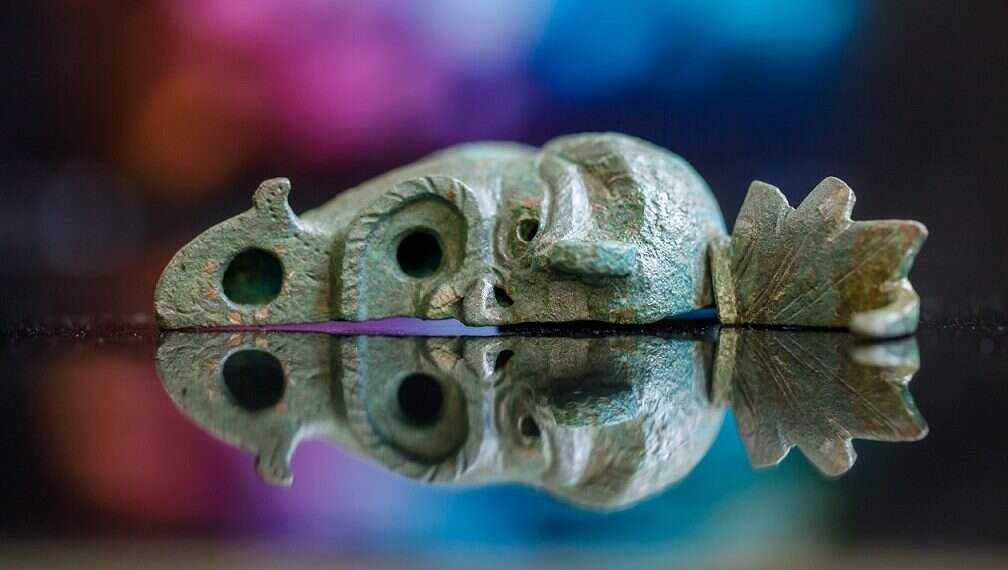 archaeology
Hungarian archaeologist might have missing piece of rare lamp found in Jerusalem
ALL ISRAEL NEWS BOOK CLUB
ALL ISRAEL NEWS launches Book Club – and our first recommendation is ‘The Women of the Bible Speak’ by Fox News anchor Shannon Bream
WHY I LOVE ISRAEL
Fox News anchor Shannon Bream tells ALL ISRAEL NEWS why she loves Israel – and why she wants to come back to Israel as soon as she can
Why am I launching ALL ISRAEL NEWS? And why now? So glad you asked.
IRAN
From ‘maximum pressure’ to massive rollback of sanctions: The night-and-day difference between Biden and Trump’s approach to Iran
Remembering the birthday of Golda Meir – one of Israel’s founders and first, only female prime minister

Security Council to meet for 2nd time in 3 days on Israel-Palestinian violence
Pelosi condemns Hamas terrorism, calls for end to violence
MOVIE REVIEW
As violence flares in Jerusalem, timely documentary by Evangelicals explores tensions between Israelis and Palestinians – and finds hope
TOURISM
Long-awaited reopening of Israeli tourism threatened by Ben-Gurion Airport COVID testing dispute
The Human Passport: Israelis counter the ‘Green Passport’ with a movement for ‘human rights and dignity’
profile
His feet are in Jerusalem, but his heart is in Armenia: Living as a minority in the Holy Land
abraham accords
Israel’s National Library and UAE National Archives sign historic agreement
tourism
Israel's tourism minister outlines pilot for slow and steady reopening to tourists from May 23
VACCI-NATION
COVID CONUNDRUM: State of emergency, green passports extended in Israel, canceled in less-vaccinated Florida
tourism
Tourism to Israel? ALL ISRAEL NEWS is told groups are not returning on May 23 as previously announced
Censorship
TRUMP VS. BIG-TECH: Facebook’s oversight board upholds Trump ban
"Shalom Tel Aviv! Thank you for the very warm welcome too." Etihad Airways crew arrives in Israel on first commercial flight from the UAE (Photo: Etihad Airways via Twitter)

An Etihad Airlines flight landed at Ben-Gurion Airport at 7 a.m. on Monday morning making history as the first commercial flight from Abu Dhabi to Tel Aviv.

Israeli airport officials invited pilot Abdullah Salah to share a few words on the tarmac at an early-morning ceremony welcoming the flight. Salah apologized for not preparing a speech, but said he would speak from his heart.

“If someone asked me a few months ago that I would be here today making this speech here in Tel Aviv, I would say that’s impossible,” he said. “But because we have brave men who believe in peace… because of them they worked together and made peace. I hope the whole region, one day, would be in peace and that people would live together in peace and harmony.”

Today, we make history. Etihad has become the first Gulf airline to operate a passenger flight to Israel. And this is only the beginning...

The return flight departed a few hours later bringing an Israeli delegation of tourism industry leaders to Abu Dhabi as part of a trade mission. Tickets between Tel Aviv and Abu Dhabi are not yet been made available to the general public.

A few weeks ago, an El Al flight became the first of the Israeli airlines to land in Abu Dhabi, carrying diplomats and journalists to the Gulf state. The new aviation agreement is set to be signed by Prime Minister Benjamin Netanyahu on Tuesday and will also enable 10 weekly cargo flights and unlimited charter flights between the UAE and Israel’s Ramon Airport near Eilat.

In a sign of the rich potential expected in both nations, Etihad Airways launched a website in Hebrew to greet Israeli users who want to book tickets.

ISRAEL PREPARING FOR GROUND WAR IN GAZA AS TERRORISTS FIRE 1,000+ ROCKETS IN 36 HOURS – MOST SEVERE ATTACKS SINCE 2014 ROCKET WAR

DANGEROUS ESCALATION: Over 600 rockets fired at Israel in the past 24 hours – Two Israelis have died in attacks today

Israeli presidential candidate Yehudah Glick – once the target of terrorism – urges religious leaders to condemn violence in Gaza & on Temple Mount, asks Israel’s allies to pray for peace to be restored