VIDEO: Christians from around the world send Sukkot greetings to Israelis with Hebrew song
Search
December 1, 2021
Current top stories
ARISE SUMMIT 2021
Abraham Accords created investment opportunities, better diplomatic relations making this an opportune time to invest in Israeli companies
Israel condemns UN pro-Palestinian event scheduled on same day as partition plan anniversary
Giving Tuesday
On #GivingTuesday, would you help us report the truth about Israel and her neighbors and fight extreme media bias?
Arise summit
ARISE Summit panelists say businesspeople can learn from the trend lines in order to follow peace to prosperity
VIENNA TALKS
Israel urges Western powers against surrendering to Iran’s ‘nuclear blackmail’ as talks restart this week
Daily Signal names ‘Enemies and Allies’ one of the best books to buy as a Christmas gift in 2021
Cabinet votes to allow Israeli internal intelligence access to citizens' phone data in light of Omicron
New US ambassador lands in Israel to assume post vacant for more than 10 months
Can diamonds do magic for Qatari-Israeli ties?
UAE implements most comprehensive legal reform since its founding 50 years ago
EDITORIAL
What on earth is wrong with the Nobel Peace Prize committee? What is the purpose of the award if the Arab and Israeli architects of the Abraham Accords can’t win it?
guest column
Thankful for Israel: A blessing to the world
ENEMIES AND ALLIES: IRAN THREAT
'I don't see any other way but to bomb Iran,' says former Israeli national security advisor
tourism
Israel slams the doors on tourists leaving visitors and tour companies reeling from the decision – and families separated from loved ones
Israeli Defense Ministry bans cyber-tech sales to 65 countries – including UAE and Morocco – following NSO controversy, according to a report
COVID-19
Closed borders, new adapted PCR tests and sewage monitoring: Israel's plan to contain Omicron, the new COVID-19 variant 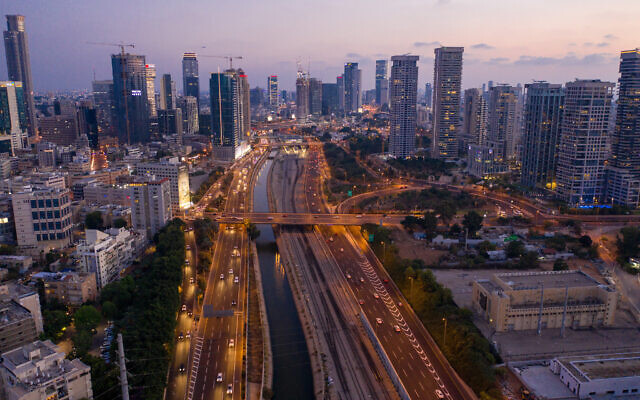 Though unable to gather in Jerusalem for the International Christian Embassy Jerusalem’s Feast of Tabernacles, Christians from abroad still found a way to send their message of love and support to Israel.

As part of its 42nd annual Feast of Tabernacles celebration being streamed online to Christians around the world, the ICEJ produced a music video of the Israeli song “Bitfilah Amen” with performances by musicians and singers from more than 30 nations around the world singing in Hebrew.

The song – translated With a Prayer, Amen – was Israel’s entry in the 1995 Eurovision Song Contest. ICEJ debuted the music video at the Feast on opening day and then released it on social media tallying nearly 100,000 views in just three days.

Many of the Christians performing the song for this video compilation were dressed in their nations’ native garb, reminiscent of the widely popular Jerusalem March, which takes place during Sukkot and is a festive array of representatives of all the nations that “came up to Jerusalem” for the feast.

In recent years, the ICEJ celebration had drawn 5,000 participants from overseas and another 1,000 locals. Having been forced online the past two years, however, the Feast is managing to reach and engage more people from around the world, even the new Israeli government.

The ICEJ Feast, which began on Monday, is being streamed to a global audience for eight days. On Friday, a multinational prayer meeting was hosted online from Succat Hallel in Jerusalem.

The song, originally performed at Eurovision by the singer Liora, is a prayer for peace and divine blessing around the world. Check out the lyrics here.

The ICEJ has branches in more than 90 nations.

For detailed information about the Feast of Tabernacles online event and schedule, click here.

Register for the Feast of Tabernacles “Days of Elijah” event by choosing from one of the three packages available.

On #GivingTuesday, would you help us report the truth about Israel and her neighbors and fight extreme media bias?